How ironic that in the week before Dementia Action Week, this year themed around social care reform, the latest Queen’s Speech yet again failed to provide detailed plans to address the issues that have plagued the care system for years.

To quote the Queen’s speech of 11 May:

“Proposals on social care reform will be brought forward.”

I’ve lost track of how many years we’ve been waiting for social care reform, but those nine words certainly don’t fill me with hope that it will be forthcoming any time soon. Leading organisations and figures across social care were quick to condemn this latest example of government dithering, with the National Care Forum launching a #9wordsforcare campaign.

I added my 9 words to the many brilliant examples that were shared, although I should perhaps have just said: Lack of social care reform is a national disgrace.

No change in 9+ years

Back when my dad was alive (he died in 2012), social care was a mess. Indeed, my dad lost half of his body weight over a 3-month period languishing in hospital, perfectly fit to be discharged but with nowhere to go, as social services and the NHS argued over who would fund his care (dad had no assets). In the end, dad was awarded NHS Continuing Healthcare funding, something that I was forever grateful for, but I am under no illusions – we were lucky. Many other families are not.

Indeed, in the past year I know of someone who was caring for a loved one at home and was told that even beginning the assessment process for Continuing Healthcare was pointless because, “Not many people get that funding around here.”

Families needing social care face a barage of issues in 2021 including:

These examples are just the tip of the iceberg. Add in the fact that:

Can you really compartmentalise health and care in 2021?

If you were designing a national system today it would have to be a health and care system. We have an ageing population and high numbers of people living with long-term conditions. Many of these people need care at home or within their wider community, not a bed in an acute NHS Trust.

Carrying on with the compartmentalised model we have isn’t fit for modern Britain. It doesn’t serve the population, the current health service, the government or business (because yes, many care providers are businesses) well. For all of the wonderful things that happen in social care, and many do as I’ve seen with my dad and numerous others, too many people are failed by a system that they can’t access, processes and jargon they don’t understand, and ultimately being denied the support they need. People die when social care fails, that is the harsh truth.

This film from the Alzheimer’s Society, released for Dementia Action Week, depicts the experiences of a wife trying to care for her husband with dementia at home with no support. It’s hard to watch, and I defy anyone not to feel empathy with the lady and her husband. They both need help and neither are getting it.

At the end of the film, viewers are urged to sign the Alzheimer’s Society ‘Cure the Care System’ petition .

I’m not a big fan of petitions, so many seem to do the rounds now, but I’ve signed this one because I’ve been that family member doing battle with the social care system and it’s hard, it’s really hard. I’ve also tried to help others battling the care system. In fact, I can’t think of anyone I’ve ever spoken to who has praised the care system and been happy with it as it is. 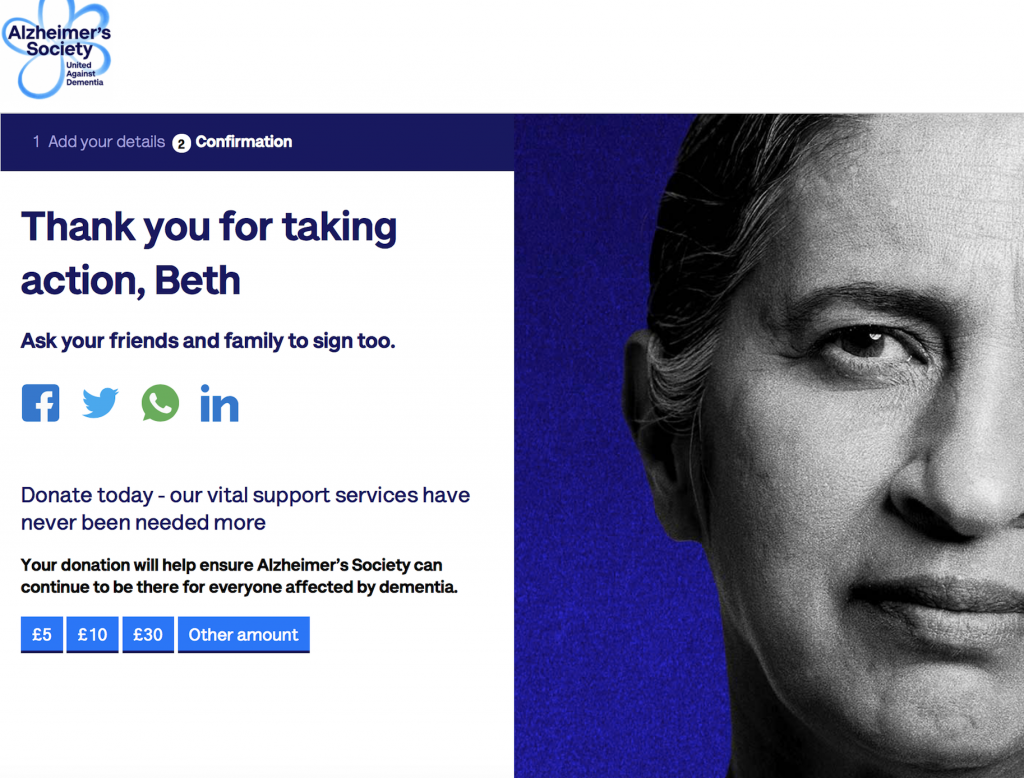 Will a petition change things? I doubt it. We need an outcry like that seen in football over the European Super League proposals to elicit change, and I can’t see too many people marching and protesting over social care. Why? Because you don’t really become passionate about it until you need it and realise how deeply unfair and convoluted the social care system is.

The good news for social care is that more and more people will need it as the years go on, meaning more will start to become aware of the issues and demand change. The bad news is if you’re in that boat now, you are no better off than I was when my dad was alive. That fact alone, in 21st century Britain, is – as I said earlier – a national disgrace.